Thanks for writing this up! This discussion at Summit reminded me of several Micropub “UX Building Blocks” that would be very neat as reusable components between Micropub clients.

A break before flying away!

Jacky Alciné inviting and guiding us towards building an IndieWeb for all!

So embarrassing I broke my site before the demo 😂

So glad for a patient and supportive audience. 🙏 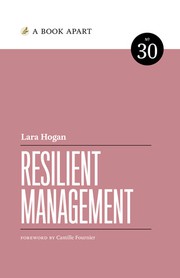 So excited to have an IndieWeb Summit day!

Marty McGuire
📍 Checked in at Case Study Coffee, Portland, OR.

Marty McGuire
See also:
↩ Replied to https://gregorlove.com/2019/06/tantek-asked-me-to-prepare/
gRegor Morrill
post from 2019-06-28 11:06-0700
Tantek asked me to prepare a music playlist for the morning of IndieWeb Summit 2019. Reply here if you have any suggestions and I'll consider it (but no guarantees)!

Poppy has a lot to say about the Internet that might be worth sharing with the IWS crowd.

I guess this is how Lyft works now at PDX

Looking forward to food and catching up with IndieWeb friends! Might be late depending on travel time from the airport, hotel check in, etc.

Marty McGuire
📍 Checked in at Gate B25, Jamaica, NY.

Pit stop before crossing the country

The Adafruit web team is hiring!

Why so many websites went down on Monday, Facebook Libra points the way to an even darker cyberpunk timeline, and more.

Thanks, Chris! I am thinking exactly along the lines of what you described. The ultimate “oh no I hope nothing breaks” demo for my site and all the apps and services that make it go! 😅

Great suggestion and I would love this as well. I am a bizarre person who is terrible at managing my own music experiences, so unfortunately I don’t have anything for this right now! I’m open to try things if folks have ideas.

Thanks! I hope to show that (at least with Shortcuts on iOS), it’s possible to “be the mobile layer over IndieWeb building blocks” you want to see in the world.

Marty McGuire
↩ Replied to https://mrkapowski.com/2019/06/8547.html
Chris
post from June 19, 2019 at 10:18PM +0100
The bit I wish worked better on mobile is syndicating interactions with Tweets back to Twitter. Posting the reaction to my site works fine, and some of the tools let me set a syndication target for Replies, but none let me do that with a Like or Repost (that I’ve found).

I share a lot of these syndication frustrations, since I don’t want to build it into my site’s backend. For Wordpress sites I think it can be automated with plugins (brid.gy syndication links?).

I’m considering getting a Shortcuts flow going before Summit. 😅 Long term I would love a service that does this with Micropub.

I think for markdown it’s double-tildes.

Thanks for the feedback! Keeping it super profesh in all aspects of game development. 😂 It looks like I will be speaking at IndieWeb Summit! Specifically, I’ll be giving a keynote about how to “Own Your Mobile Experience”.

I’ll probably keep the technical details light, other than naming specific IndieWeb building blocks that each piece relies on. I plan to make a (set of?) posts on my site explaining the plumbing, afterwards.

With just about a week and a half left to plan my ~10-15 minute set of demos, here are some things I am thinking of discussing / demoing.

Obviously this is too many things to demo in ~15 minutes. So, I’m looking for feedback!

What things on this list do you care to see most?

What things do you already do with mobile apps or social silos that you’d like to do on your website?

What things do you do with your website that you wished worked on mobile?

Learning some Unity with Hunter!

Please enjoy an awful thing we made!

“Even experts don’t have a full picture of the surveillance economy, in part because its beneficiaries are so secretive, and in part because the whole system is in flux. Telling people that they own their data, and should decide what to do with it, is just another way of disempowering them. “

It’s the White Truffle Ash Brie and I am told that it is vegan! A faux brie! It was quite tasty.

For a company whose main problem is the public finding out about human rights abuses (and genocide) facilitated with its platform, or Russian attacks on American society, or the prevalence and activities of nationalist and neo-Nazi hate groups on Facebook, or any number of things, it’s a brutal tactic from a company that will apparently protect its own interests at any cost.

Another great cybersecurity roundup from @violetblue.

Eek! With summertime in full swing, we had too many cancellations. No IndieWeb Meetup this time around.

See y’all next time, sometime after next week’s IndieWeb Summit!

New York City's first IndieWeb Meetup of June 2019 met at Think Coffee in the Meatpacking District on June 9th, with me playing host.

Here are notes from the "broadcast" portion of the meetup.

amyhurst.com — Did not work on her site today. Been updating her NYU-generated faculty page, instead, and thinking about how it fits in with her site. Trying to fix links to things like research papers, which are normally behind paywalls.

mfgriffin.com — Managing TODO lists today! Trapped in a "oh all these wonderful tools to choose from" situation. Made a lateral move to put his notes about IndieWeb into a local notebook in OneNote, re-reading them and splitting things up. Finding lots of old TODOs from IndieWebCamp and other meetings. Got FTP to his website functioning again. Amy reminds him to set up griff.fun to redirect to his main site, as it's parked right now.

tiaramiller.com — Been learning Amazon Web Services stuff, finding lots of IndieWeb examples of folks hosting on S3 and other services there. Doing research and making lists for things to try and learn next.

martymcgui.re — Updated his homepage feed of upcoming events. Previously, it would show future events that he had posted on his site, but it now also shows RSVPs

Other topics of discussion

Thanks to everyone who came out! We look forward to seeing you again at our next meetup on Saturday, June 22nd. Location to be announced soon, but will likely be in Brooklyn near Atlantic Station.

I am excited to see this as part of indielogin.com, but I don’t yet see a clear identifier that I could put on my homepage to say “yep, that’s my Apple account”!

Always enjoy @violetblue spilling the cybersecuritea. Click for the Baltimore ransomware drama. Stay for the thrice-dunked Facebook. Then, learn how moralizing capitalists make bank creeping on and silencing sex workers.

Join some fun folks and work on your personal website, whether it exists yet or not!

New York City's first (and, oops, only) Homebrew Website Club of May met at Think Coffee in the Meatpacking District on May 11th, with me playing host.

We didn't really have a "broadcast" portion of the meetup, but we discussed some things and worked on personal projects! I'm writing this up nearly a month late, so I have forgotten many of the things we talked about. 😬

Matt (mfgriffin.com) and myself (martymcgui.re) researched ways for Matt to capture and process the many text, audio, image, and video artifacts that he creates across many projects, both personal and professional.

I showed off a bit about how I do this on my own non-public notes site, and spent some time working on an iOS Shortcut to post notes more quickly to that personal site.

We look forward to seeing folks at the next HWC NYC, at another weekend meetup on June 9th. We'll be meeting at the same location, and may even be able to grab some outlets this time!