My first IndieWebCamp outside the U.S.! Very excited to meet some new faces.

… and to be making my first trip to Germany!

😍 Indigenous beta is back! Thank you @eddie!! Are you a member of the 🕸💍 IndieWeb Webring? Today I made an update!

All members of the webring get a unique emoji ID when they first sign in. Previously, those emoji might have included the flag of a country or state, and not everyone wants to be associated with a random country or state!

From now on, new emoji IDs will not include country flags.

If you’re a member of the webring already, and would like a new emoji ID, feel free to drop me a line in the #indieweb chat (I’m schmarty there). I’ll reset your account and you’ll get a new emoji ID. You’ll also have to update the webring links code on your page to make sure they point to your new ID!

So excited for IWC NYC this weekend!

I am sad to miss this pre-party but excited for IWC NYC!

Thanks to our guest Danny Hughes for bringing a real sense of drama and community to this week’s We Have to Ask Podcast!

Here are some notes from the "broadcast" portion of the meetup:

jonathanprozzi.net — Has been travelling and getting married and had lots of time to think about things! Not to work on them, though. Catching back up on things like Gatsby pages for Digital Harbor Foundation. Feeling some maintenance pains now with Gatsby's GraphQL queries pulling HUGE amounts of data from a WordPress backend – about a 5 minute process for each site build. Upgrading to Gatsby 2 would also require a bunch of changes that he isn't wanting to do. Also, something in the Gatsby build process just broke, without him making any code changes. Wishing now he had built the site in Next.js, which uses REST over GraphQL. For his personal site, he is thinking about how much effort he wants to put into things. He typically uses his personal site as a way to learn new technology, but is now wary of force-fitting things that aren't a good fit. Maybe tweaking his current WordPress site would be a better use of time than rewriting the site. Particularly since he hasn't posted since July.

rhearamakrishnan.com — Not much new on her personal site, since it's working well for her purposes. Posted some new stuff she made over the summer, including a micro chap-book called It Makes More Noise Than I Thought It Would. Been working on other summer projects, like writing poems on postcards for people. Photographing and typing those up to make a mini-collection. Wants to build something on Twine, if she can include a form so people can write letters back to her. She's gonna write out the adventure as she wants it and then think about what kind of interactivity she'd like from readers. Thinking about designing a mini-course for DHF around Twine for students to build stories around it.

martymcgui.re — Hasn't really made much progress on any personal or IndieWeb projects since the last HWC meeting. Had a couple of out of town trips and projects that were good and fulfilling experiences, like going to Camp Improv Utopia East. Those experiences highlighted that maybe he is feeling burned out about some IndieWeb things! For example, he has been letting the This Week in the IndieWeb Audio Edition slip more and more each week and finding it hard to focus. He's trying to figure out what to do for the upcoming IndieWebCamp NYC, which he is excited about, but feeling a bit overwhelmed by project ideas, things he should be doing to help organize, etc.

Thanks to everybody who came out! We hope to see you again at our next meetup on Wednesday, October 3rd at 7:30pm!

Please note: We are meeting on Tuesday this week at 6:30pm. Be sure to double-check your calendars!

Join us for an evening of quiet writing, IndieWeb demos, and discussions!

Thanks to our guest Dr. Violet Gray PhDBGH for taking no shortcuts in this week’s very special live We Have to Ask Podcast!

We Have to Ask
post from September 18, 2018 at 6:48AM EDT What Is The Biggest Animal You Have Ever Killed? • Ep 143 - Dr. Violet Gray
We are LIVE from the 3rd annual Baltimore Podcast Festival. This week, Marty and Jonathan have Dr. Violet Gray, expert in Big Game Hunting. Find out the process of getting your PHD and ways to stay save.
#podcast #whta #wehavetoask
🔗 September 18, 2018 at 2:04PM EDT • by

XOXO Fest happened, fighting in the Fediverse, and new microsub clients bloom. It’s the audio edition for This Week in the IndieWeb for September 1st - 7th, 2018.

You can find all of my audio editions and subscribe with your favorite podcast app here: martymcgui.re/podcasts/indieweb/.

Facebook’s tweet blips, a post-web era, and oops wow this episode is late! It’s the audio edition for This Week in the IndieWeb for August 25th - 31st, 2018.

You can find all of my audio editions and subscribe with your favorite podcast app here: martymcgui.re/podcasts/indieweb/.

Thanks to guest Talya Tavor for setting a rhythm on this week’s We Have to Ask Podcast!

Still so impressed by the We the Builders community and the completion of our largest undertaking ever: over 2600 parts printed, shipped, and assembled for the Nation of Makers first Nation of Makers Con.

There are too many thanks to give, but be sure to check out the We the Rosies project page for details on how the build happened, profiles of build teams and individual builders, and more!

And this amazing build video from Tested! 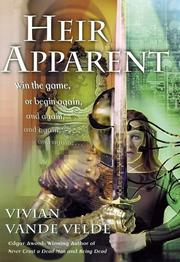 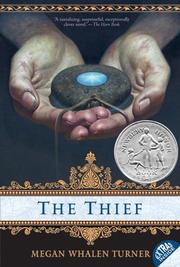 Please note: We are back to meeting on Wednesday and meeting at 6:30pm. Be sure to double-check your calendars!

Join us for an evening of quiet writing, IndieWeb demos, and discussions!

Thanks to our guest Nate Parsons for giving us the space we needed in this week’s We Have to Ask Podcast!

We Have to Ask
post from September 4, 2018 at 6:44AM EDT What Are We Looking At? • Ep 172 - Real Sci-Fi
Marty and Jonathan get into the science of Sci-Fi this week. What is it actually like to fly a space craft in space? Could their actually be life on other planets? Our hosts journey where no podcast hosts have journeyed before.
#podcast #whta #wehavetoask
🔗 September 4, 2018 at 11:22AM EDT • by