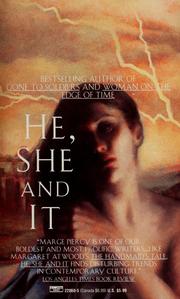 Below are notes from the "broadcast" portion of the meetup.

jonathanprozzi.net - Been very busy with work. Wrote a couple of posts since the last meeting. Tonight started a reflective post about his decision to use Hugo for his site vs Wordpress, which he already uses a lot for work. Feels like he has learned a little bit of Go (which Hugo is written in), but mostly has just learned Hugo and felt that's held him back. Interested in the Wordpress API and maybe move his site over because he wants to post more and still learn.

eddiehinkle.com - Been working on his site rewrite in Angular Universal. Today worked on micropub media endpoint. Is saving files successfully, now needs to add file extensions and return the Location URL. Also been working on Indigenous, his iOS micropub client. Been switching back and forth between the two as he makes progress or gets stuck on one or the other. Other stuff since last time: adding OwnYourSwarm, OwnYourGram. Having a micropub client on his phone has enabled him to send lots and lots of likes - enough that he decided to move likes out of his main social stream page and treat them as a reply.

djfalcon23 (domains currently expired) - been learning web development on and off for the last year. Now building a portfolio site using Bootstrap and trying out React, but it is a lot. Also trying to (re-)learn Android development.

martymcgui.re - Went to IndieWeb Summit and it was amazing! Added checkins to his site w/ OwnYourSwarm while there because of jealousy of seeing other folks checking in with Swarm. Really attracted to the gamification, but wants to make a checkin client so he doesn't have to give them his data. Also been cleaning up microformats on his site so that reply contexts on other site and in readers like Woodwind look better.

Chatted a bit about:

We hope that you'll join us for the next HWC Baltimore, which will meet on July 12th and then again July 26th at the Digital Harbor Foundation Tech Center!

Join us for an evening of quiet writing, wiki editing, IndieWeb demos and discussions!

This is quite an interesting re-framing of accountability issues in tech companies.

It’s been four weeks, but Homebrew Website Club Baltimore returns 6⁄28! Come work on your website and talk about all the cool new stuff to come out of the IndieWeb Summit this past weekend!

A 360 performance review with our boss Joel Murphy of the Peak Sloth Podcast Network. We would like to thank you for giving us a home for this thing we do.

Nitro cold brew and a spinach+feta muffin at PDX. Traveling in luxury. 🙃

My personal karaoke take from last night. Thanks to the IndieWeb karaoke party team for helping me through it. 🎤😆

Marty McGuire
📍 Checked in at TriMet Old Town/Chinatown MAX Station, Portland, OR.
Leaving on that red line train to PDX. Thanks, Portland!
🔗 June 26, 2017 at 9:17AM EDT • by

Also really loved the discussions about special micropub clients, events, updating the IndieWeb site to be less dev-heavy, and especially the lovely tour of interesting personal pages on the web.

Now for dinner and socializing and sleep!

Marty McGuire
📍 Checked in at Queen of Sheba, Portland, OR.

It’s possible, although there is no UI for it. My site supports media fragments on the URL like #t=[start],[end] in seconds to limit playback!

About to kick things off at #IndieWebSummit

Marty McGuire
See also:
📍 Checked in at Mozilla Portland, Portland, OR.
#IndieWeb Summit day 1! Excited to have some good discussions with some fun people!
#IndieWeb
🔗 June 24, 2017 at 11:56AM EDT • by

LIRR 🚆 to Jamaica Stn. en route to JFK. Excited to be on my way to IndieWeb Summit!

Thanks to guests Heidi Dworin and Max Fineblum for building to last in this week’s We Have to Ask Podcast!

So excited for #IndieWeb Summit this weekend! Two tickets remain, if you want to join us in Portland, OR to build a web for you!

2017.indieweb.org
post
24
Jun
2017
Saturday
- Sunday
Mozilla Portland
IndieWeb Summit
The seventh annual gathering for independent web creators of all kinds, from graphic artists, to designers, UX engineers, coders, hackers, to share ideas, actively work on creating for their own personal websites, and build upon each others creations.
#IndieWeb #IWC #Summit #IWS
🔗 June 20, 2017 at 9:19AM EDT • by

Thanks to our guest Jeffrey Toppe for showing us the money in this week’s We Have to Ask Podcast!

“Ideally the increased competition will prod current social silos to open up and compete on a more even playing field in which they’re supporting these open protocols as well. Then anyone with a web presence can use it to communicate from one website to another (or one permalink URL to any other permalink URL) on the internet, in a way that’s as simple and easy as any of the methods that’s currently available in the closed social spectrum.”

This Friday, June 9th, at 9pm. And every Friday at 9pm, thereafter!

Thanks to our guest Kerri Shannon for classing up the place in this week’s We Have to Ask Podcast!