Oh no, Amazon you are too thirsty.

Screenshots of on-site alerts and two separate emails trying to convince me I am making an oops by letting my Prime account expire. 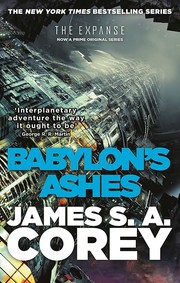 Marty McGuire
📗 Want to read History Vs Women: The Defiant Lives That They Don't Want You to Know by Anita Sarkeesian ISBN: 9781250146731 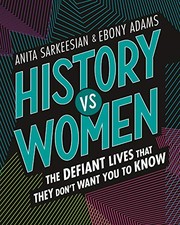 Here are some notes from the meeting!

jmac.org — Is now in NYC for the foreseeable! Looking forward to more IndieWeb events in NYC. Put up a "Now" page in December, and ended up chatting with the person who recently started the trend of making Now pages. Has been dusting off his Perl modules like Web::Mention and Web::Microformats. Also has some publisher interest and a draft outline for an introductory book on Webmention!

dmitri.shuralyov.com — Has wrapped up his work on building IndieAuth into his site so that other folks can log in using their own domain as their identity. He's now getting back to making improvements to his Go projects issue tracker. The first step there is to pull his projects off the public version of his issue tracker into a new private one so he can iterate on it quickly without affecting other users. He's also been playing with various databases available to Go and is leaning towards not worrying about selecting one now. Instead: keep content in memory and don't let your server process die. 😂

filippo.io — First time at an IndieWeb event! His day job is security for the Go language project. At the meetup tonight he added links to his site to enable RelMeAuth, which let him log into Dmitri's website using his own website as his identity!

aaronparecki.com — Spent lots of time getting his new open source events service Meetable in shape to be as easy as possible to install. He built configuration wizards to help walk through the setup process on shared hosting, and automated away even more of the work when you launch it on Heroku! Aaron also recently updated his /photos to include captions when you hover over them. This helps them show up correctly on micro.blog so he can be part of the February photo challenge. Aaron also showed off SIMTRACKER — a WiFi e-Ink badge he's been working on that pulls an automatically-generated image off his website to summarize his recent activity, including food, drink, sleep, time away from home, phone battery, and more. Oh, and he published a new book 😏.

martymcgui.re — Not a lot of work on his own site, but recently built a single-use "random job placement" website for a friend who is launching a book about an absurd journey through temporary work. Marty complained that the work he did on indieweb.nyc was largely made obsolete by Aaron's excellent Meetable project — folks can follow IndieWeb Events in NYC on events.indieweb.org/tag/nyc/. He has hopes to continue working on the project site, eventually getting live updates from Meetable. At the meeting Marty set up a copy of Meetable with Aaron's help, largely to test out the setup workflow, but maybe to post improv shows... Marty also wants to improve, document, and encourage folks to build on the Microsub-powered photo frame he built on an Adafruit PyPortal so long ago, particularly how he got the low-powered touchscreen device to work with IndieAuth through an IndieAuth Device Flow Proxy.

Other topics of discussion:

Thanks to all who came out! We will see you all again in March! Keep an eye on indieweb.nyc for the exact date, time, and location! You can subscribe to the calendar there to receive automatic updates!

It’s an #IndieWeb Meetup! Tonight in NYC at Think Coffee on Mercer 6-8pm.

So… just so incredibly grateful to have experienced this improv class. So many fun and attentive and hilarious fellow students. Such an amazing instructor. I heart ❤️ you all!

It’s been an incredible 8 weeks with a super fun crew and our great instructor Alex Dickson.

Now it’s time for us to show you what we can do!

C’mon out to UCB Hell’s Kitchen! Tickets are $7 at the door. Or something like that!

Happy Caturday from Lennon who reminds you that if he fits, he sits.

Thanks for taking a look at the changes! And thanks for the response!

While I agree that I could wrap the entries on my archive page in an h-feed, I disagree that every collection of h-entry “is a feed”.

The microformats2 spec for h-feed is still a draft and open to change. Even so, it states that h-feed is “for publishing a stream or feed”. The use cases listed there, and on indieweb.org/h-feed specifically discuss feeds and feed readers subscribing to content.

I made the specific choice not to make the archive pages into a feed, because I don’t want to encourage folks to subscribe to something only to find that it becomes static over time.

In my thinking, an microformats2-capable crawler should be capable of handling a collection of h-entry in a page whether or not they are wrapped in an h-feed. There was some brief discussion about it today in the #indieweb-dev chat.

Thanks to Ruxton for making available the source to the IndieWeb Best Nine, here are my “Best 9 Photos of 2019”.

The app walks your personal website, looking for photo posts, then makes a collage of the best nine. “Best” is determined by most IndieWeb likes or replies.

I initially tried to use the online version, but ran into some issues, so I grabbed the source and started tweaking it to handle some quirks of my site.

Here are the links to the individual top 9 photo posts!

You can find my modified version of indieweb-bestnine on GitHub!