We dream of running free as we sleep through eternal Caturday.

Are we feeling on top of things? No, eternal Caturday continues. 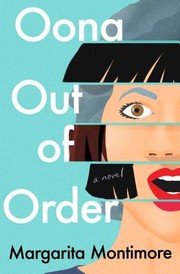 Feeling like chewing on the walls during eternal Caturday.

We may let it all hang out on eternal Caturday. 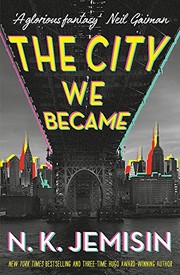 We are not always sure where to look for reliable information, as eternal Caturday wears on.

We organize our things and ourselves during eternal Caturday.

“Hey folks, thought I’d post an update on what we’re working on. We were asked to 3D print protective face shields on Saturday, March 21 2020.

We were inspired by the protective face shield design from Prusa Research. We redesigned the parts using Autodesk Fusion 360 and made them parametric so we can easily adjust thickness, height, etc.”

Settling in for another week of physical distancing. Happy eternal Caturday.

“We are logistics and supply chain experts, we can get almost anything from around the world to us for distribution and/or assembly. We can also perform many electronics repairs and rework thanks to our collection of components, inventory, and hand-work equipment. We ship about 30,000 orders a month and will be able to get urgently needed electronics and PPE to NYC government entities for crisis relief. In addition to these efforts, we began work on hardware and software that can be used for workforce recovery and disease prevention.”

We must amuse ourselves on eternal Caturday.

Magnet has suspended classes and class shows until at least March 20th, but likely much longer.

Stay safe out there, folks! Take care of yourselves and each other! 💜

We rest, yet find ourselves restless as eternal Caturday stretches on.

An island escape! Alas it is only virtual. Eternal Caturday continues.

Here are some notes from the meeting!

gRegorLove.com — gRegor is calling in from San Diego! Was at the recent IWC Austin. Currently working on updating site the header across his site to make it more responsive and now to be more consistent across his pages. He's also been playing w/ typography and vertical rhythm. More notes on that below!

martymcgui.re — Marty has not worked much on IndieWeb projects recently. Currently doing an Eternal Caturday project, posting one animated cat GIF per day while staying home and "social distancing".

svenknebel.de — Sven joins from Germany (where he is up late). Slowly getting back into IndieWeb projects via text files he wrote sometime around 2018. Looking over items labelled "really need to be done at some point".

cheuk.dev — Cheuk joins from London (and is also up late). Co-organized the IndieWebCamp London online event last weekend and learned a lot. Working on adding more IndieWeb building blocks to her site.

tiaramiller.com — Tiara is working on un-breaking how she updates her website. Also working with a Long Island Women in Tech group, helping make a sign-up page to automate invites to their community Slack. Her jobs is still making her go to work in person rather than work from home!

dmitri.shuralyov.com — Dmitri is currently joining from Canada! Worked on his website last weekend. Wants his iteration speed to be faster than industry change, but that wasn't true for the issue tracker that he runs on his site. It has a public API that he doesn't want to break for other people. Now forking that feature to his own site so he can make changes.

david.shanske.com — David remote participated in IWC London and has a lot of new projects! Currently working on making the links on the top of his site match those at the bottom.

tantek.com — Tantek is staying in under a shelter-in-place order in SF! His work is very virtual already, but he is now seeing almost no humans. Most recent site update was adding a recent photos grid to the sidebar on his site's front page during IWC Austin. Still posting (positive) photos every day!

mfgriffin.com — Matt maybe broke his indieauth/relmeauth setup for the IndieWeb wiki? Looking to fix that so he can go through his TODO list there. Wants to pick something to finish during this meetup!

jmac.org — Also fogknife.com. Jason is in NYC now and helping organize IndieWeb events. Learned of IndieWeb ~2 years ago, specifically interested in webmention. So much so that he wrote a Perl module for it! Builds his own CMS Plerd and wants to add webmention to it this summer in a way that other folks might be able to use. So far he has something like a clone of webmention.io that works as a command line utility.

jgregorymcverry.com — Greg had a productive IWC London. Added CSS subgrid (now supported in Firefox) to the article cards on his site. Also added fluffy's webmention.js to his article pages so his site now displays webmentions! He thought it would be harder. Spending his time now making lots of videos and posting them as he tries to make tutorials for teachers who must now teach online. Recently added bittorrent links to his videos because they're eating up a lot of bandwidth on his shared host.

boffosocko.com — Chris joins us from LA! Been working on a TiddlyWiki for his own site. He is interested in using it as a Commonplace Book, taking notes on all sorts of things, and wants to add proper microformats2 and webmention support so his wiki can interact with those of others!

Drew — Joins us from Connecticut (and often attends HWCs organized by jgregorymcverry.com). Drew is a preschool teacher and is working on his district's website. Also working on mcweeneyaquaticconsulting.com and demoed some of the layout features he's been working on.

Other topics of discussion:

Thanks to all who joined us out! We will see you all again at our next IndieWeb NYC (aka vHWC US East) meetup online on April 15th! Keep an eye on indieweb.nyc or events.indieweb.org/tag/nyc for the exact date, time, and online location!

Comfy, if fidgety, inside on eternal Caturday

Marty McGuire
🔖 Bookmarked Adafruit will be shipping until 11am ET Weds March 18th, 2020 – and then we are closing our physical operations (COVID-19 – NYC) « Adafruit Industries – Makers, hackers, artists, designers and engineers! https://blog.adafruit.com/2020/03/17/adafruit-will-be-shipping-until-11am-et-weds-march-18th-2020-and-then-we-are-closing-our-physical-operations-for-now/

“We are still broadcasting live Wednesday night for the biggest show and tell in the world at 7pm ET, and we’re still having Ask An Engineer at 8pm ET. We’ll see you there and we’ll provide any updates or information we have as things are changing moment by moment.”

We shelter-in-place during eternal Caturday.

We still have shoes to fill on eternal Caturday

Watch the event post on events.indieweb.org for a Zoom meeting link! We will try to get it going about 15 minutes before the 6pm start time.

Still in our eternal Caturday cave

Magnet has suspended classes and class shows until at least March 20th.

Stay safe out there, folks! Take care of yourselves and each other! 💜

Caturday continues. Also I need to clean the floor. 😅

We’ve learned so many new ways to make up stories and songs and choreography thanks to Michael and Dan.

COME WATCH US DO IT.

This is the first of three shows!

At the Magnet Studio Theater at the Magnet Training Center (22 W 32nd Stree, 10th Floor) — not at the main Magnet Theater! 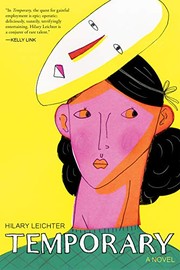