Whoops! Due to several “no” RSVPs from HWC NYC regulars, we’re going to skip this week.

Stay tuned for the next HWC NYC on Saturday May 11th. Details to come!

“I miss more and more events targeted at my daughter’s age level that we could have attended. I miss small observations that my friends wouldn’t make over text that they do via Facebook posts that I no longer discuss with them. I miss parenting conversations that are extremely relevant to my local school district. I miss birthdays that I should have written down in my paper calendar, but didn’t. I miss discussions the Jewish community at large, which I am connected to digitally instead of physically, is having. By opting out of performing emotional labor on Facebook and going into my own sort of media hibernation, I miss the steady background hum of “having my finger on the pulse” as it relates to me and my family.”

With Jonathan away, it’s time for you to play! Can you solve the mysterious Facebook comment thread in this week’s We Have to Ask Podcast?

We’ve been learning from the amazing Elana Fishbein for 8 weeks! Now come see us do a show!

I’ve decided I don’t iterate on the pieces on my site enough, so decided it was okay to try something really different with one block. It’ll get out of control soon but I hope to learn more that way. :}

An unexpected quiet afternoon means time to work on the ol’ website.

New York City's second Homebrew Website Club of April met at The Bean at Cooper Union on April 17th, with me playing host.

We didn't really have a "broadcast" portion of the meetup, but we discussed some things and worked on personal projects!

mfgriffin.com (new!) — Has been to IndieWeb events in the past, but is looking to get re-started. Went over his past notes about some of his hopes and plans for his site, and how he wants to use it for personal notes, writing, drawing, and blogging projects, and more. Got started on a stripped-down system of using Hugo to track plaintext notes, with tags, so he can worry about how to organize it more later.

dmitri.shuralyov.com — Interested in being "done" with his notification system updates. In general, wants to be able to iterate faster on his site updates, and finds that a lot of his time is absorbed in HTML/CSS design processes. Started working on some text-only designs, which get a minimal amount of styling by being converted from Markdown to HTML. By using text and emojis, he was able to prototype a couple of quick things during the meetup.

martymcgui.re — Recently decided that he disagrees with how Granary processes his site's feed (which is HTML+Microformats2) into JSON Feed and Atom. The result is that his feeds often have missing info and show up as weirdly empty posts on micro.blog or in Atom feed readers. At the meetup, finished writing and adapter that will take his main feed and spit out a JSON Feed. Managed to break his site's build process trying to integrate it, but will get it working soon enough.

Thanks to everyone who came out! We look forward to seeing you at our next meetup on Wednesday, May 1st from 6:30pm - 8:30pm!

Looking forward to it because Anil Dash will be speaking! Also because AI can totally be racist. And I love Caveat shows.

I’d love to talk Glitch and IndieWeb with Anil but I will probably just play the part of polite audience member. 😅

Looking forward to another Homebrew Website Club tomorrow! I plan to fix my feeds as they appear for Atom and micro.blog.

Semi-bonus: the following day is an Internet Explorers comedy show about MEMES at Caveat. I plan to go to that as well!

Beetlejuice the Musical seems like a good anniversary celebration show

Thanks to Jonathan for playing with all of you so I could chase my aerial ursine dreams in this week’s We Have to Ask Podcast! 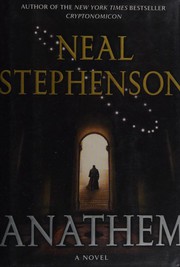 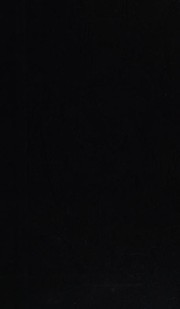 Marty McGuire
Reacted 😂 to https://beesbuzz.biz/blog/7129-Memories
fluffy
post from April 9, 2019 at 10:21PM -0700 Memories
Much has been written about how Electron apps take a lot of memory; after all, each one is running its own instance of a web browser, and pulling in all of the overwhelming amounts of support code that implies. Slack can easily end up taking over 1GB of RAM, and Discord usually …
🔗 April 10, 2019 at 11:07AM EDT • by

“The Gender Spectrum Collection is a stock photo library featuring images of trans and non-binary models that go beyond the clichés of putting on makeup and holding trans flags. This collection aims to help media outlets better represent members of these communities as people not necessarily defined by their gender identities—people with careers, relationships, talents, passions, and home lives.” New York City's first Homebrew Website Club of April met at The Bean at Cooper Union on April 3rd, with me playing host.

Here are some notes from the "broadcast" portion of the meetup!

zazzyzeph.biz (new!) — Learning about Progressive Web Apps and their features, like web app manifests. Started out wanting to learn ES6 and decided to roll back to some basics. Doesn't have a specific project in mind, yet, so doing lots of reading.

dmitri.shuralyov.com — Continuing work on "v2" of his website, specifically notifications API. "v2" is more package-based than repository-based, as a single repo can hold multiple packages, and it's very helpful to reason about the projects individually. Demonstrated showing unread notifications from Gerrit and GitHub, new presentation to show

martymcgui.re — Re-organized his homepage to be much simpler, moving incrementally towards having easier ways for people to discover the newer parts of his site, like where he displays photos, listens, and more interesting ways than his main "river of posts" timeline view. Also added book cover photos to his reading posts (example) using the Open Library Covers API with lookup by ISBN.

Thanks to everyone who came out! We look forward to seeing you at our next meetup on Wednesday, April 17th at 6:30pm!

Thanks to Jonathan for this understated, yet scathing, take on everyone’s favorite critter that hates Mondays to hate in this week’s We Have to Ask Podcast.