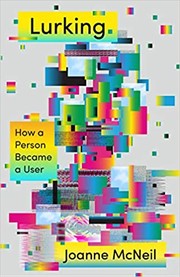 “the amount of energy that would be required for all of us to monitor everyone we’ve ever given any data to, forever, is just too much”

“Even experts don’t have a full picture of the surveillance economy, in part because its beneficiaries are so secretive, and in part because the whole system is in flux. Telling people that they own their data, and should decide what to do with it, is just another way of disempowering them. "

Marty McGuire
🔖 Bookmarked Changing my Mind about AI, Universal Basic Income, and the Value of Data – The Art of Research https://theartofresearch.org/ai-ubi-and-data/

“I am not worried that the lost jobs of the AI-pocalypse will lead to a mass of people with no way to meaningfully contribute to society, however I am worried about the AI-pocalypse leading to people’s real, meaningful, contributions going unacknowledged and uncompensated.”

“Having the technology that most effectively enhances the speed and efficiency with which we can access, process, and respond to information is a prerequisite for being a productive worker in the 21st century. To refuse is to fail.”

“Silicon Valley brings us the worst of two economic systems: the inefficiency of a command economy coupled with the remorselessness of laissez-faire liberalism.”

This International Women’s Day, remember that men have already failed and we have to do better.